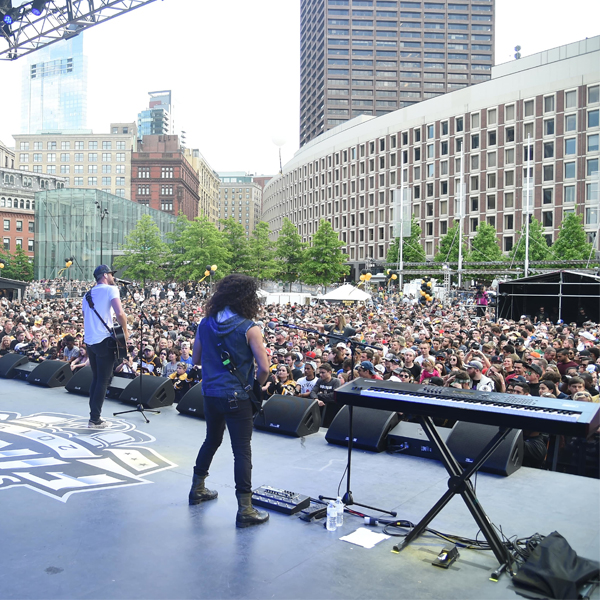 From Essential Broadcast Media: "BOSTON, Mass. – Following a worldwide celebration of two-week No. 1 “Eyes On You” – his first chart-topper as an artist – Chase Rice brings the song to national television tonight (5/29) as the lead in to Game 2 of the Stanley Cup Final between the Boston Bruins and St. Louis Blues on NBCSN starting at 7:30 p.m. ET.

As the teams hit the ice at TD Garden in Boston, the televised performance gives national audiences a glimpse into Rice’s live concert that took place at Boston’s City Hall Plaza on Monday evening, where he performed a show for fans ahead of Game 1 as part of the NHL’s 2019 Stanley Cup Final Party.

Rice also announced his much-anticipated return to the U.K. and Europe in January 2020 following a main stage performance at the C2C Festival earlier this year. His 12-date The Pint of Anything Tour includes his first full-band headlining U.K. shows with stops in London, Glasgow, Belfast, Manchester and others, as well as his first foray into Germany and the Netherlands for a series of acoustic shows. Tickets for all dates go on sale this Friday, May 31 at www.chaserice.com/events."