Bones Owens has written songs with artists ranging from Yelawolf to Bon Jovi and has toured the world with his own bands; also serving as guitarist for Mikky Ekko and Yelawolf. He steadily releases new music, which regularly features on Spotify’s New Music Friday playlist and is currently ramping up for the release of his LP thru Thirty Tigers; with lead off single "Lightning Strike" released in late February 2020. Bones recently secured major sync with the NFL and NASCAR for his song “Keep It Close”. Bones recently released his debut self-title EP with Black Ranch Records / Thirty Tigers. 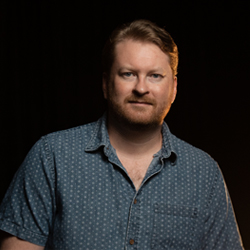